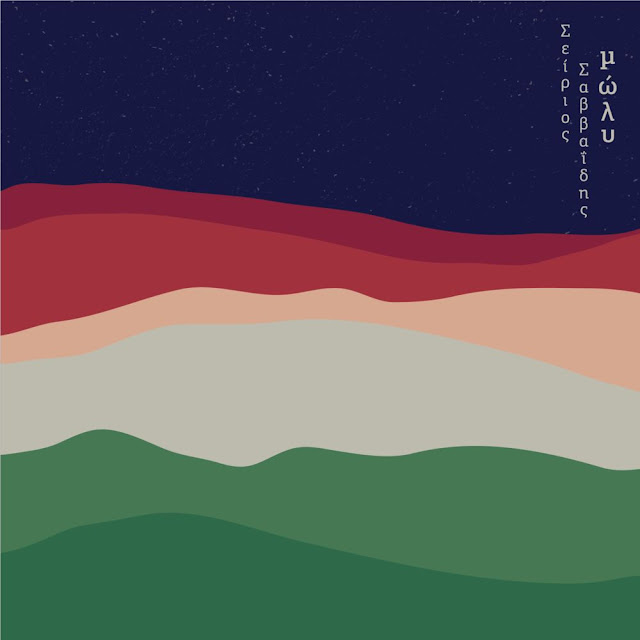 Posted by spacefreak at 6:23 PM No comments:

Posted by spacefreak at 8:50 PM No comments: 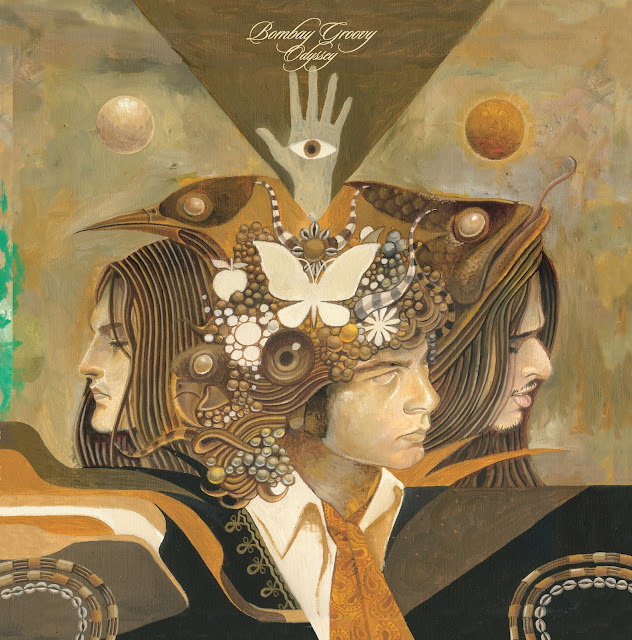 Posted by spacefreak at 11:13 AM No comments: 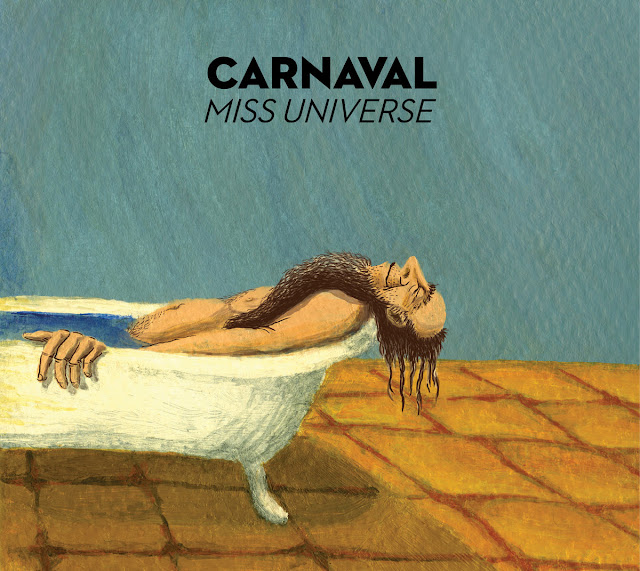 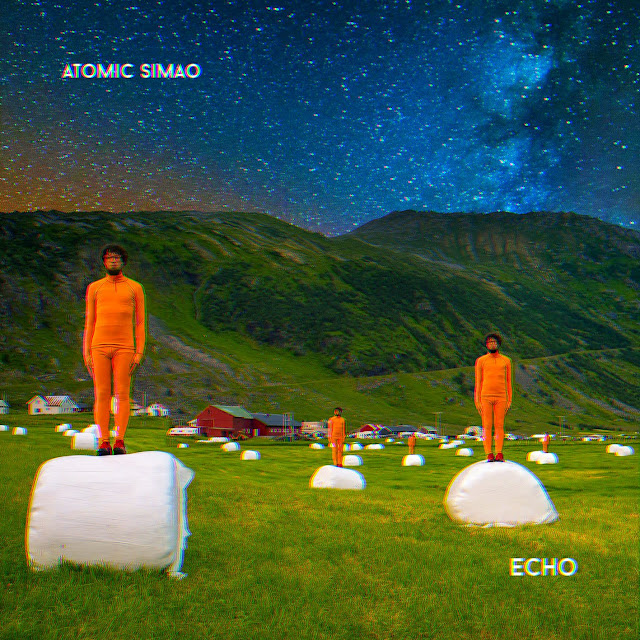 "Echo" is the second album from Kiev's ATOMIC SIMAO and we're privileged to issue it on vinyl, as a follow-up to their successful first LP "Nōdo" of two years ago.

On this sophomore effort, the band abandons the Hendrixian jamming of their debut and takes a long head-dive into funked-up spacerock. The style on this release is a complex instrumental mix of acidic guitar, psyched-out electronica and Middle-Eastern influenced laid back space-jazz feel. A multitude of rhythms are swirling everywhere, funky jazz grooves spice up the recipe the Funkadelic way, and a soaring sax brings the compositions to Gong's "Shamal" era territory and beyond. Adjectives to describe the listening experience: trippy, complex, eclectic, intense, surreal...

Overall, "Echo" is not what expected in comparison to the direct psychedelic jam feel of their debut, but in a way it's a more intense and colourful panorama of cosmic sounds and "down and dirty" grooves. This is beautiful music to zone-out. Fasten your seat belts and get ready for the take-off! 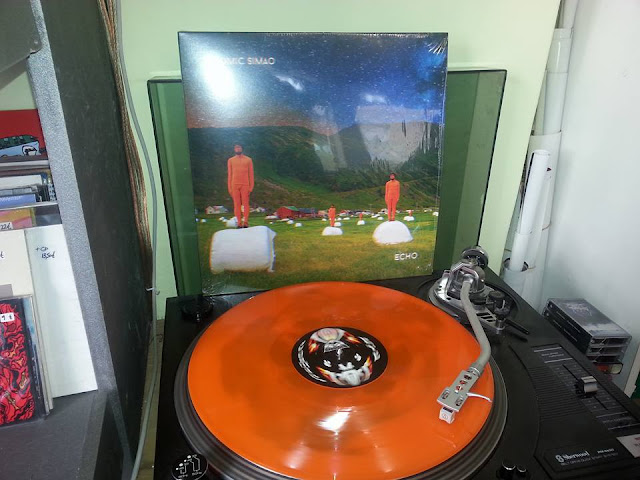 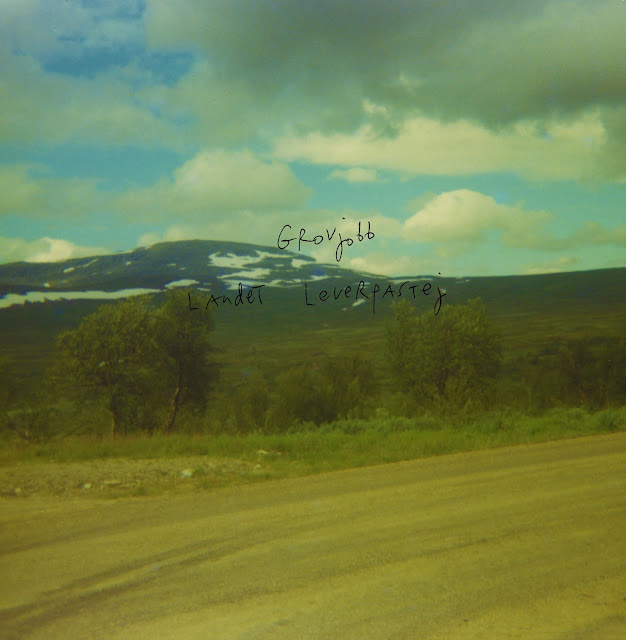 Βerits Halsband were an obscure band from the small coastal town of Hudiksvall, in central Sweden. Their relative isolation allowed the group an artistic freedom that ultimately created one of the greatest progressive jazz rock albums... ever.

In the mid 1970s, Sweden was harboring a handful of jazz bands looking to push the envelope beyond the usual bebop standards or electric noodling. These groups were very much influenced by the North American freaky fusion of Miles Davis and Herbie Hancock. Collectives such as Ibis, Ablution, Egba, Kornet, and Archimedes Badkar were bringing that same kind of kinetic creativity up to Scandinavia. And one has to figure those long, dark winters played a role in creating hallucinations even among the most puritan of Lutherans wandering about in their show shoes. 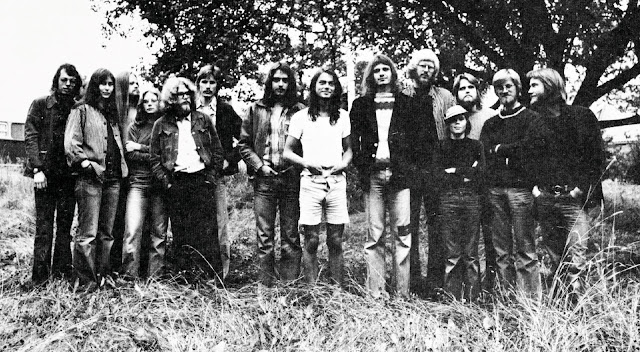 This was the creative environment that Berits Halsband were operating in. Their artistic contribution to the scene, and most distinctive mark as it were, would be the musical crossover to the indigenous Scandinavian folklore of the local wooden dance hall. Berits Halsband's brand of progressive music wasn't dished up through the Zappa blender (like the popular Samla Mammas Manna for example), but rather more of an introspective art school approach. As with other large scale ensembles, the 8 piece Berits Halsband makes full use of its entire membership in unique ways. To underscore this point, consider the prominent use of trumpet, which is often filtered and heavily effected through a wah wah pedal. Their second lead instrument of choice is the lovely flute, often in unison with the trumpet, or as a peaceful solo alternative. And while Side 1 sounds like the best soundtrack to your dream Stockholm vacation, side 2 takes us closer to home, near the Arctic Circle, for some serious deep funk grooves. And here we find some added ring modulated electric piano combined with amazing fuzz electric guitar soloing. All this layered on top of a trance-like bass and a very busy percussion section. While the musical ingredients are familiar, the end result is entirely Berits Halsband - one of a kind.

The rare 1975 LP of BERITS HALSBAND is officially reissued from the original masters in both LP and CD on COSMIC EYE's parent label MusicBazz Corporation (http://www.musicbazz.com).

Listen to the album.