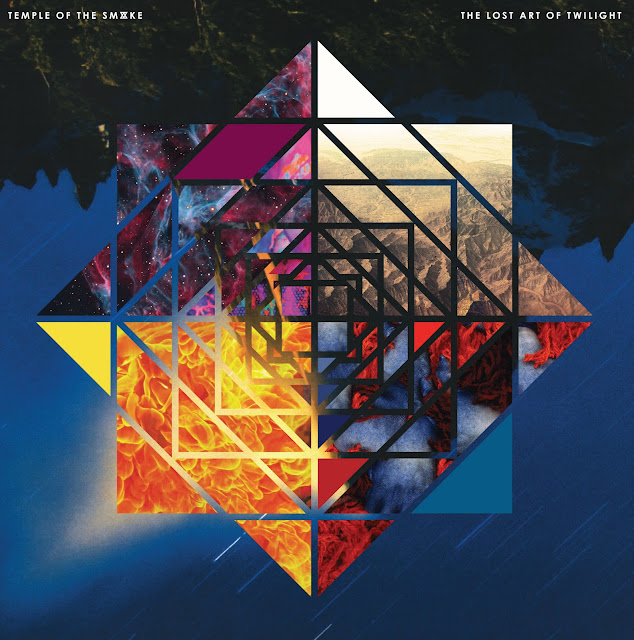 "Music may be abstract, just like technology, magic, or nature. Sometimes, it's hard to find a logic even in patterns of our abstractly created universe. Bio-luminescence of fireflies and stellar moths will light through our eyes, melting meadows and skyscrapers in acid-like bliss.

Winds will change and the Crimson dawn is just about to appear to embrace the wildlife of our karmic shells. Birds are singing chants, summoning Mother to re-invoke our primal dreams, like echoing drums from the deep, alien slumber, mankind's eternal sleep... Moon is just a picture, oscillating sound, materialized circle of our astral archetypes.

It was written that were many ways to make a portals. We have seen fractals of mana butterflies creating mountains of love and light, an island in ocean of thresholds on starlight skies, radiating color out of space to shape the dreams of mankind.

It has begone. The floods came, and the astral wave has brought an instant change."


TEMPLE OF THE SMOKE's "The Lost Art of Twilight" is conceptual, mostly instrumental album, and is ontological sequel of firstborn "...Against Human Race". However, the songs are metaphorical fragments of the story, telling a tale of destruction and reinvention of the known world. Imaginary from George Sterling's nightmarish poetry or celestial fiction of Howard P. Lovecraft, Thomas Ligotti and Clark Ashton Smith, endless “pencil and paper” RPG wanderings (Kult, Changeling: The Dreaming and Warhammer), along with ritualistic acid drops on blotter canvases, revealed some of the portals... but there are thousands of them. Start your kaleidoscopic journey through various musical forms, a new age psychedelic space rock opera at the dawn of XXI century...

"The Lost Art of Twilight" was recorded during April 2012 in Digimedia Studio (Belgrade, Serbia).