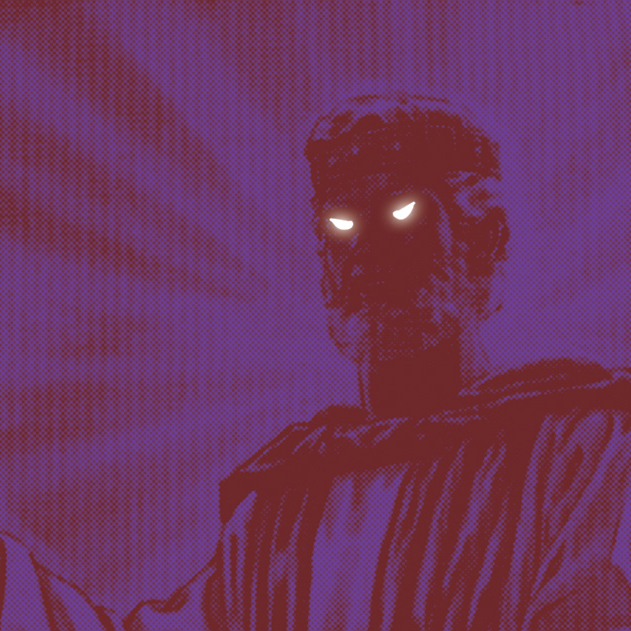 "The Exalted King" is COSMIC DEAD's follow up to their 2011 self-titled debut cassette, which was for many the definitive mind expanding statement of the last 10 years. Now, their 2nd opus sees its reissue on double vinyl format, collecting the whole 70 minutes of the original cassette recording (specifically mastered for vinyl format), including an additional 8 mins track, exclusive to this release.

From the Icarus-like trance ascension of opener "The Exalted King", the band enters to a deeply mindblowing interplay between trip-rock experiments and cosmic ambition. Each album side is uninterrupted, a continuous stream of deep spaced out zones recalling the rich tones and pulse of your early 70s kosmische heroes with latter day stoned-out psychedelia. Sometimes wandering in silently dark semi-acoustic mysteries of the cosmos, and in the next moment orbiting to walls of sound with outer space echoes and alien atmospheres. The COSMIC DEAD know how to ride the edge of groove and gently cut back to spacey atmospherics to superb effect. The record explodes their sound in all directions; spacier, trippier, headier and far more expansive than ever.

Revivalists have attempted to capture and modernize the sound, and retro enthusiasts have grappled in authenticity, but the COSMIC DEAD are beyond: they ARE that sound! It's music floating so naturally that immediately puts the listener into a state where time seems to disappear. They invite you to experience intense flashbacks of tribal british space rock and 70's krautrock bubbled through a psych filter. A cosmic fan's nirvana. Not to be missed!

Posted by spacefreak at 9:04 PM