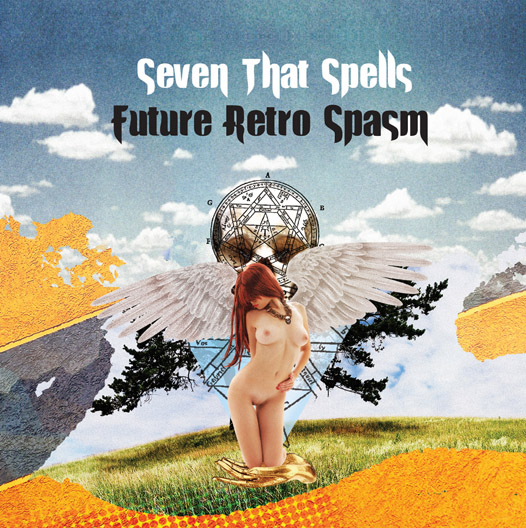 LP version is pressed on high quality vinyl and comes out in a limited edition of 300 copies (150 color & 150 black). The colored copies come in solid orange.

Beta-Lactam Ring's description on the 2010 CD release:
"Ferocious iron age percussive propulsion into the inner core of existential angst. STS's psych moves sound like road construction in downtown NYC; a pummeling, from which arises a sublime melodic poetry and the sweet smell of asphalt. Seven That Spells has won the spelling bee by correctly spelling Kraut with 3 umlauts, and 2 Gurus. They are not, however, an Ohr label cover band, their recipe IS leaving the strudel in the rain. After several releases STS definitely has a flavour. The unit forms up on track for track with such precision that the completion of each piece seems like a magic trick. Cosmosis floes leaving experimental eddyie glistening in the light from burning attack ships. Mechanic and destructiw, delivered with John Bonham force. Seven That Spells and seven is."

Posted by spacefreak at 8:35 PM